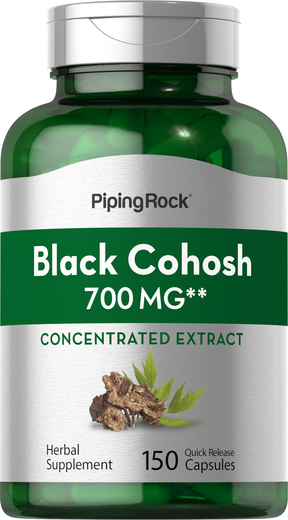 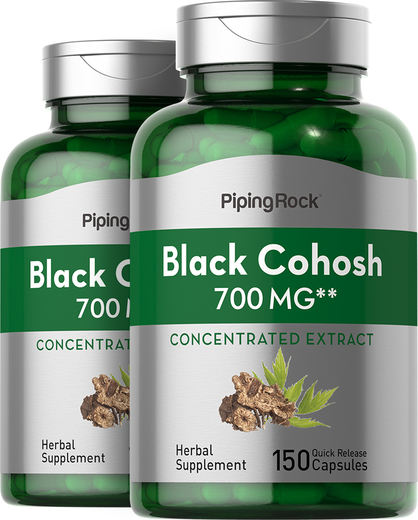 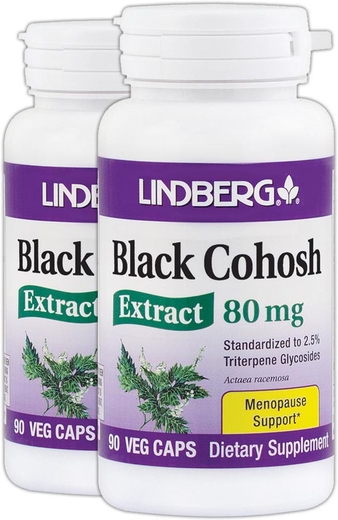 Black Cohosh supplies estrogen-like plant compounds that supports women’s hormonal balance.** It is also known to help with menopause and PMS symptoms as well as:**

What is Black Cohosh?

Botanically known as Actaea racemosa or Cimicifuga racemosa, this flowering perennial plant is a member of the buttercup family and found in forested areas of North America, primarily in the eastern United States. Appreciated as an ornamental plant in gardens, the herb produces a series of small flowers on its tall stem during the summer. Sometimes referred to as "black bugbane," the plant was once utilized as an insect repellent.**

Numerous Native American tribes, including the Cherokee and Algonquians, have long used the dried root of black cohosh in traditional wellness practices, especially to assist with women’s health. This knowledge was eventually passed along to 19th-century herbalists, who called upon the plant for a variety of health issues. Black cohosh has developed a particularly large following in Europe, where the extract became well known and the subject of research in the 1950s for its associations with supporting women's health during menopause.**

Derived from the root of the herb, black cohosh extract is plentiful in wellness-promoting compounds, including triterpene glycosides and isoflavones, which both act like estrogen in the body. Because of these properties, black cohosh has been closely linked to women's health. It has been used to help with PMS symptoms, but is far more famous for its influence on symptoms of peri-menopause and menopause. Key menopause symptoms that black cohosh may help include mood fluctuations, hot flashes and night sweats. One small study suggested that menopausal women taking black cohosh reported 56% fewer hot flashes, less night sweating, improved energy levels and better quality of sleep than those who were not taking the supplement.**

In addition to assisting menopausal women in maintaining hormonal equilibrium, black cohosh has been studied for its antioxidant activity and ability to encourage bone health during the aging process.**

Black Cohosh Directions for Use

Talk to your physician prior to taking black cohosh supplements or beginning any routine supplementation. There is no established standard black cohosh dosage; supplements are available in a wide range of amounts, from 20 mg to 540 mg.**