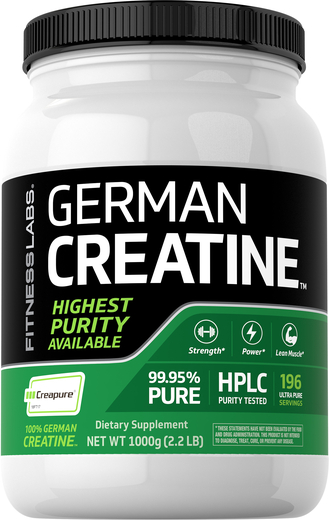 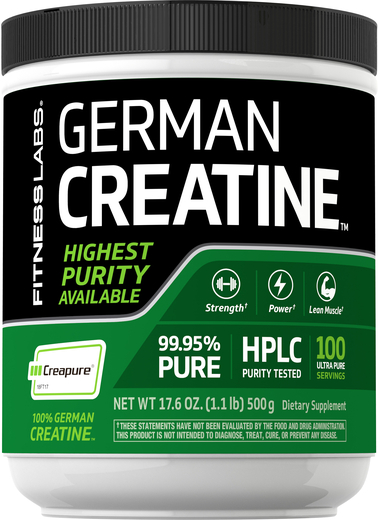 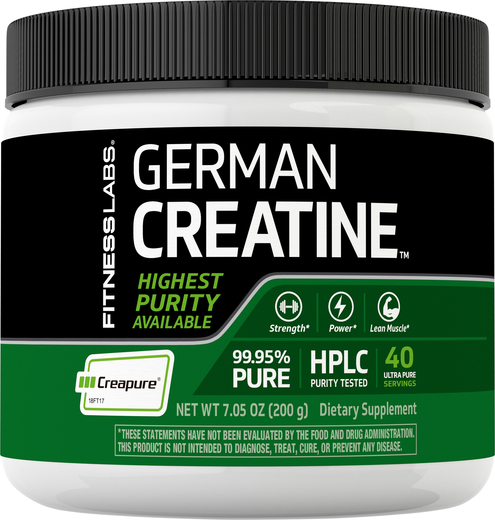 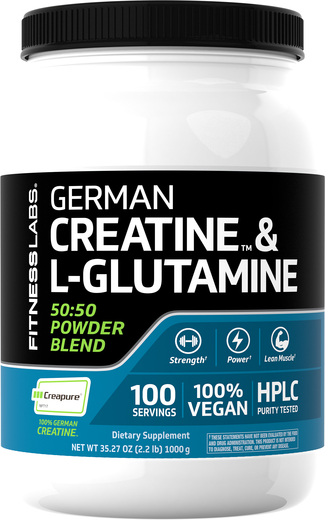 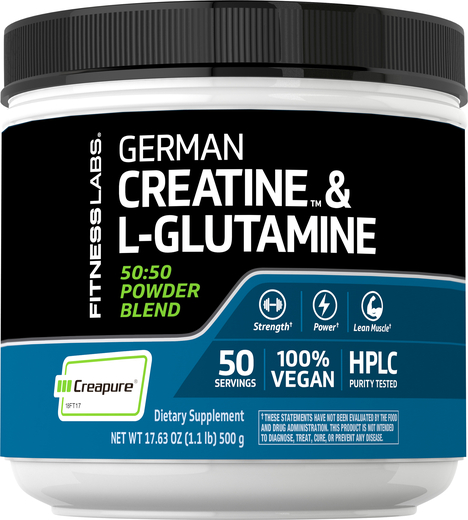 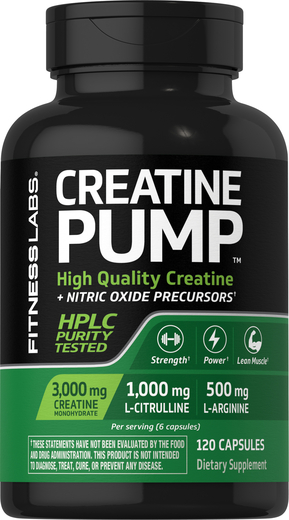 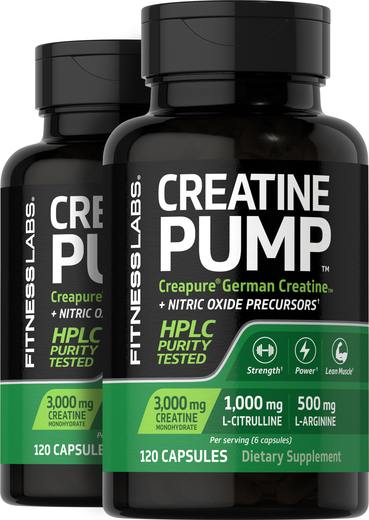 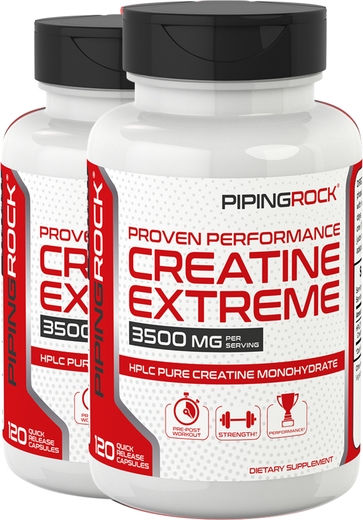 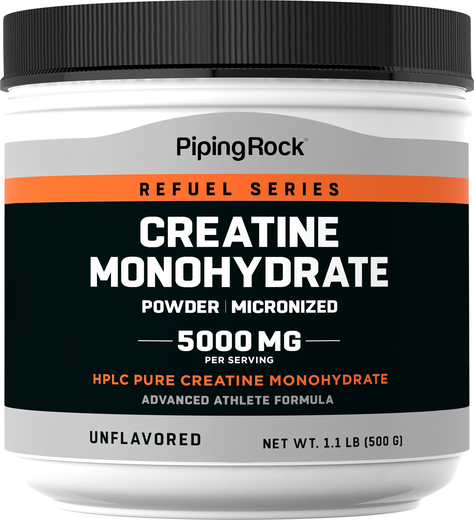 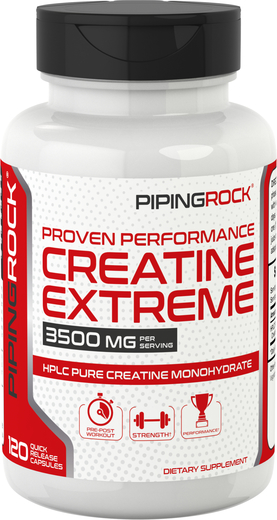 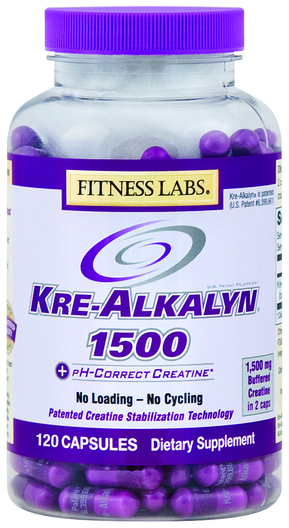 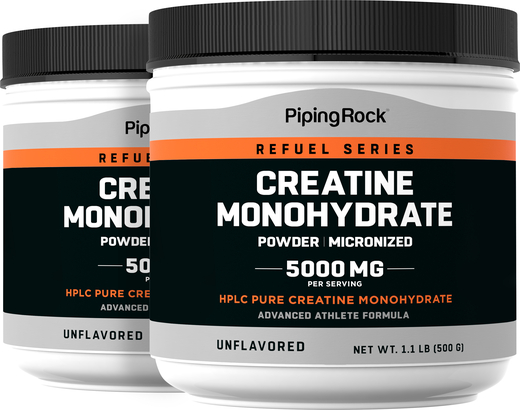 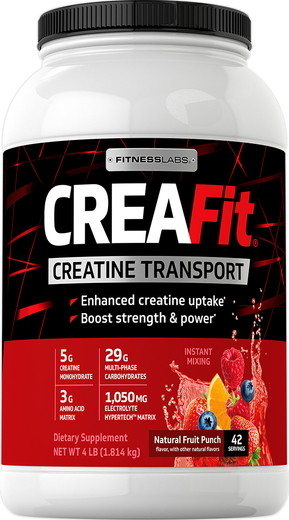 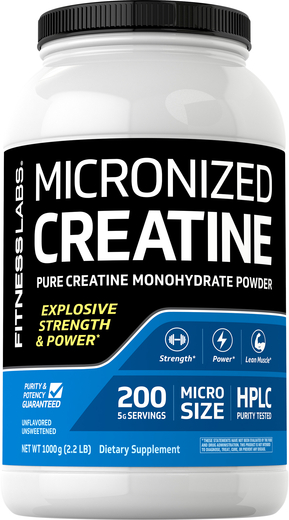 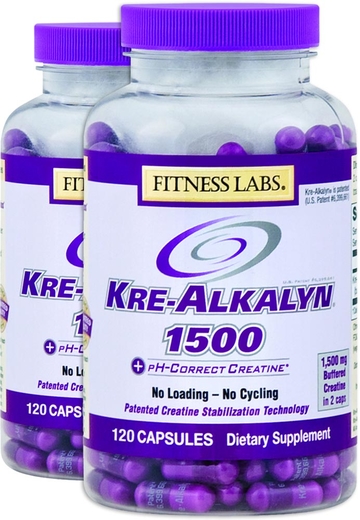 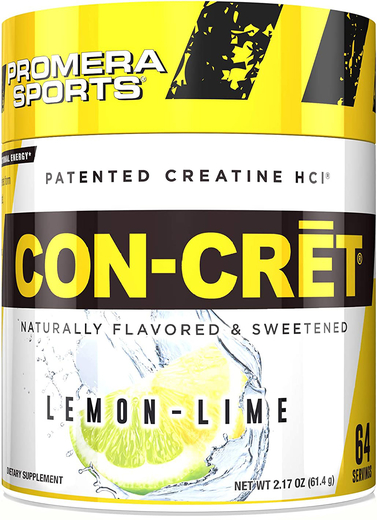 ​Creatine is a natural amino acid stored in muscle tissue. It supports energized, peak-performing muscles, making it popular among athletes and bodybuilders.** Creatine is also known to:

Bodybuilders, fighters and athletes from all over have chosen Fitness Lab’s German Creatine because it is greater than your average creatine supplement. What makes this formula so advanced?

We created German Creatine to deliver you the highest purity available of this compound. Our vegan formula is made with Creapure® —100% German Creatine,™ the most widely studied form of creatine in sports nutrition. Shop our wide-selection of German Creatine with capsules and powder in all different sizes and potencies!