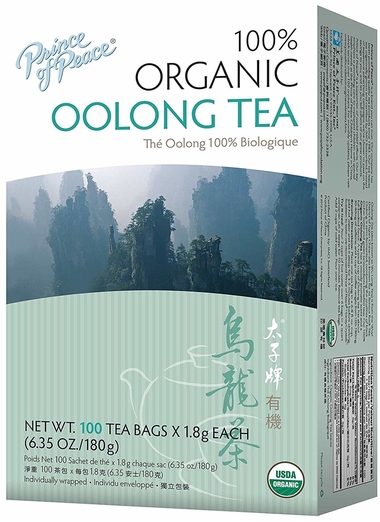 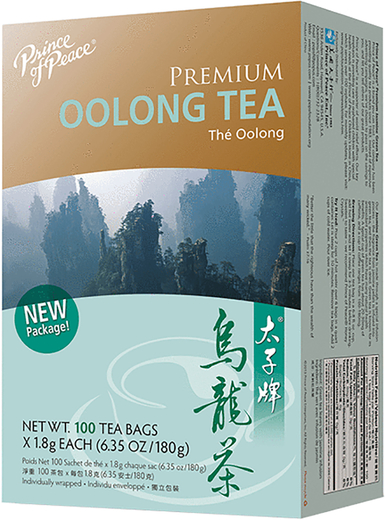 Oolong tea is a kind of Chinese herb derived from the Camellia sinensis plant. As both a beverage and traditional wellness component, oolong tea has been used for generations for its wellness benefits such as:

What is Oolong Tea?

Oolong tea is one of the most popular beverages in China and dates back hundreds of years. Like black and green tea, oolong features the leaves of the Camellia sinensis plant, but it undergoes a different process than these renowned varieties. While black tea is entirely fermented and green tea is left unfermented, oolong is partially fermented. There are many kinds throughout Asia, with a number of the most prized varieties cultivated in the Wuyi Mountains of China's Fujian province.**

Depending on the specific kind and the amount of steeping time, the tea's color and consistency may range between a lighter green or darker black tea. It has long been incorporated into Chinese tea ceremonies and health traditions.**

Research has indicated that oolong tea is plentiful in polyphenols that have noted antioxidant activity. Among these herbal nutrients are catechins, particularly epigallocatechin gallate (EGCG), which has been studied for its ability to optimize general wellness by working against free radicals that cause damaging oxidative stress. The tea also contains the well-known stimulant caffeine. Numerous studies have shown that the tea's natural compounds encourage optimal metabolic function, including enhanced fat metabolism, and may aid with healthy weight management.**

Further investigations have found that the tea promotes normal blood lipid (cholesterol) levels, specifically low-density lipoprotein (LDL), and assists in maintaining blood glucose (sugar) balance. Studies have also noted its potential in supporting overall cardiovascular health, in part through its beneficial effects on blood lipids and glucose. One polyphenol in the tea known as chafuroside B has even been researched as a photoprotective agent, pointing to its possible further wellness applications.**

Oolong tea has also been studied for its potential in easing the discomfort of dermatitis and inflammatory skin problems. Researchers have observed that after one month of consumption, the tea was associated with dermatitis improvement including smaller skin lesions and greater soothing comfort. Researchers attributed these benefits to the polyphenols found in tea, and their potential to support normal allergic reactions in the skin. The same polyphenols found in this variety of tea have been linked to a reduced risk of cognitive decline later in life.**

Oolong tea consists of Camellia sinensis leaves that have undergone partial fermentation. The tea is regularly available in tea bags or as loose leaves, sometimes in combination with other herbs and/or fruits. It is occasionally offered as an extract in capsule form.

Oolong Tea Directions for Use

Talk to your physician before regularly taking any kind of tea for a specific health issue. There is no standard suggested dose; the herbal extract may be sold in capsules that are approximately 500 mg each.**