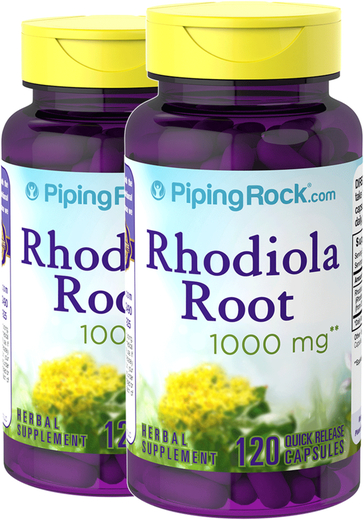 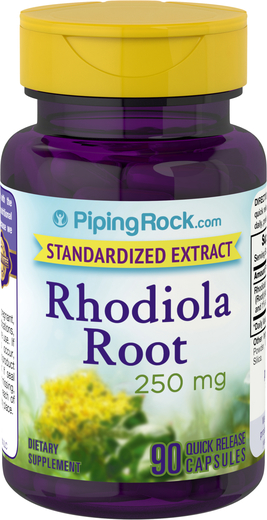 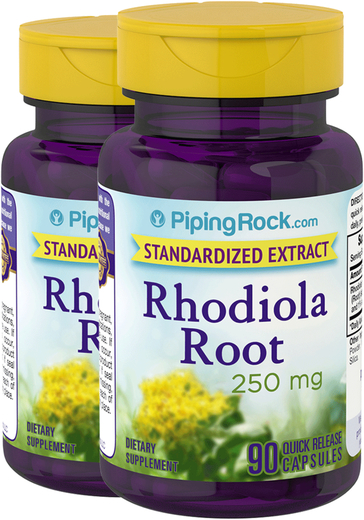 Rhodiola rosea has long been prized in Russian folk wellness practices for its adaptogenic, vitality-enhancing properties. As a supplement, it can:

What is Rhodiola Rosea?

Also known as golden root, Rhodiola rosea is a shrub-like plant with yellow flowers that grows across high-elevation regions of Europe and Asia. In these regions, it has been an integral component in folk wellness traditions for hundreds of years. This perennial herb’s benefits were noted as early as 77 A.D. in Greek herbalism texts. Over the following centuries, golden root spread across the world: Viking explorers took it with them on their journeys to boost strength and endurance; Chinese expeditions traveled to Siberia to bring the plant back to their lofty leaders; and Russian farmers used it for energy and endurance through freezing, stressful workdays. The herb remains strongly associated with Russia; today, Siberian newlyweds often receive a gift of Rhodiola to symbolize a long, healthy marriage and provide more immediate herbal support for robust wedding night sexual performance and ideal fertility.**

Russian and Scandinavian scientists have studied Rhodiola rosea since the mid-20th century, with findings supporting many of its traditional uses. The herb’s roots have been found to contain over 100 active compounds, but modern research has focused on two in particular: rosavins and salidrosides. These active compounds are considered herbal adaptogens: Substances that support the body’s ability to adapt to stressors like exertion, exhaustion, psychological or emotional stress, and environmental toxins.**

Studies have indicated that rosavins and salidrosides block production of cortisol, a stress hormone, while facilitating the creation and delivery of “feel good” neurotransmitters such as serotonin, dopamine and epinephrine. Rosavins and salidrosides also supply antioxidant and inflammation-modulating activities that further support cardiovascular health, central nervous system health and overall well-being.**

Research indicates that the adaptogenic “golden root” herb helps optimize physical energy, performance and endurance, even under high-stress conditions. These properties have made the herb popular among athletes and achievers; it was famously used by Russian Olympians and cosmonauts. The herb’s stress-resistance benefits extend to mental well-being: It has been used to promote a bright mood, energized mental focus and clear thinking. As it counters the expansive detrimental effects of stress, the root may be beneficial for those experiencing mind-body fatigue issues such as brain fog, malaise, moodiness and low motivation.**

Supplements are sourced from the rhizomes of the R. rosea plant, which grows in Europe, Asia and North America. The supplement is available in capsules or tinctures and may be included in performance- or mood-enhancing formulas. Some supplements will be standardized to supply precise levels of rosavins and salidrosides, which are considered the herb’s most active constituents.**

Rhodiola Rosea Directions for Use

Consult your health care provider prior to starting any supplement regimen. There is no standard recommended amount; doses range from 200 mg to 600 mg per serving.**