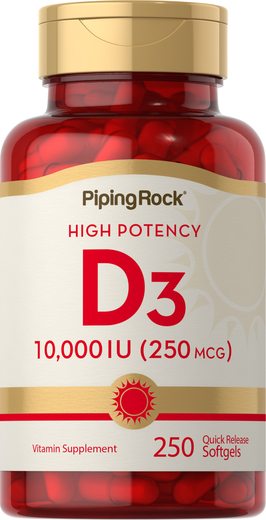 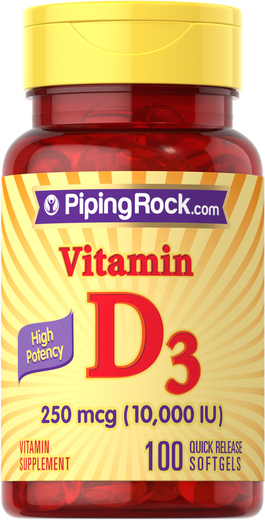 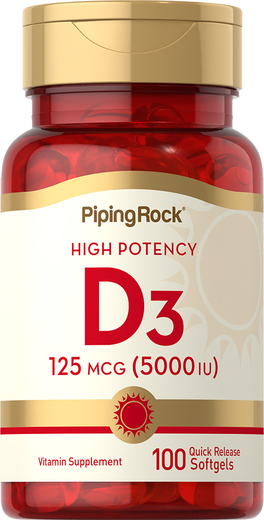 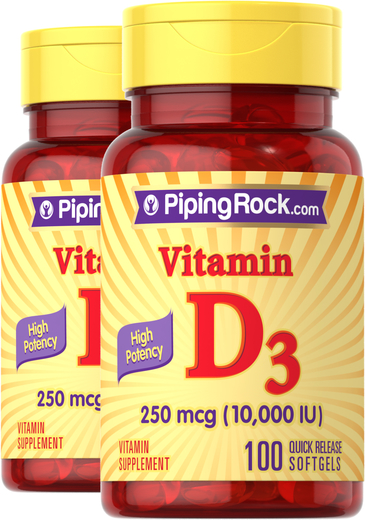 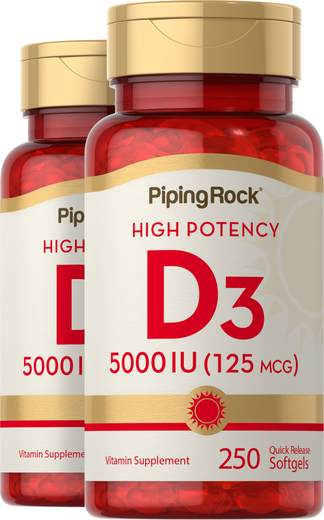 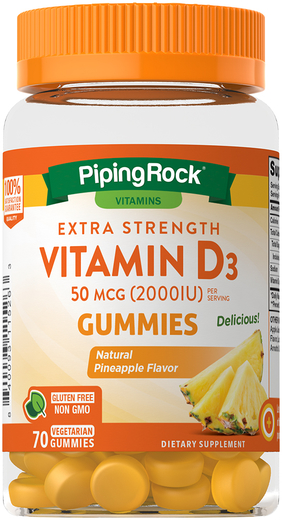 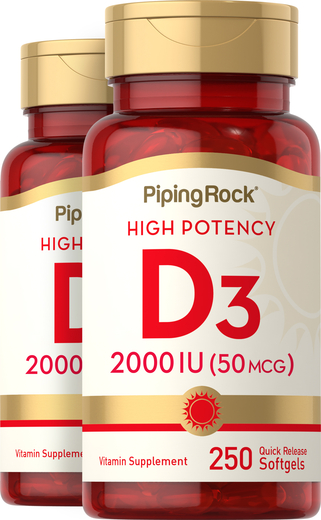 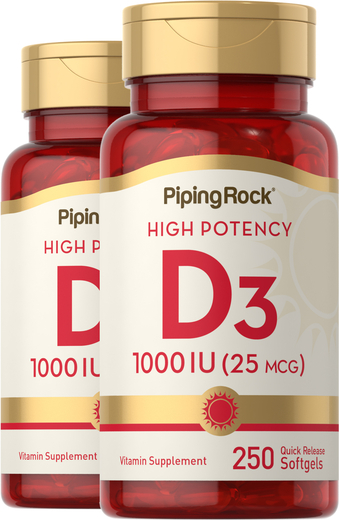 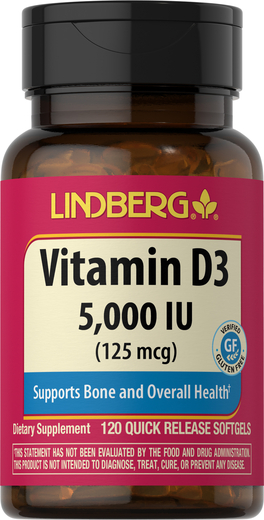 Vitamin D has a plethora of wellness benefits including promoting bone health and assisting in calcium absorption.** Vitamin D3 is a highly absorbable form of vitamin D.** It works to:

Vitamin D has been given this nickname because it is created by the body when the skin is exposed to sunlight. One of today’s hottest nutrients, it is popular for its ability to help maintain bone health, normal immune function, and healthy cellular function.**

Though it has many roles in the body, vitamin D is most celebrated for its ability to optimize calcium and phosphorus absorption – promoting skeletal strength, bone health and bone density. ** In his 2004 Report on Bone Health and Osteoporosis, the Surgeon General said: “The Surgeon General wants you to know that you can improve your bone health by getting enough calcium, vitamin D, and physical activity.”

Unfortunately, vitamin D deficiency is a concern, as many of us aren’t getting enough of this important nutrient. According to a study published by the University of Colorado Denver School of Medicine in 2009, 75% of Americans do not get enough vitamin D. One survey found the lowest intakes were reported by teenage girls and women – a demographic that may benefit greatly from Vitamin D’s bone health benefits.**

Adding to the challenge is the fact that vitamin D is believed to naturally decline in the body and become harder to absorb as we age (D3 may help with this; read on to learn about D3 as the more absorbable form).**

With exposure to sunshine, the body can synthesize vitamin D – however, braving the sun’s damaging rays for prolonged periods of time isn’t advisable. Plus, it is believed that the use of sunblock can diminish your body’s natural vitamin D production. Even if you’re a sun-worshipper, keep in mind: As we grow older, the skin becomes less efficient at converting sunlight into vitamin D.**

What is Vitamin D3?

Also known as cholecalciferol, D3 is a potent form that is often preferred because it offers high bioavailability.** D3 may be easier to absorb and utilize, especially in older populations that may sometimes struggle with absorption.** Considered by some as a superior form, vitamin D3 may optimize benefits for the skeletal, neuromuscular and immune system.** It is worth noting that D3 is a natural form of Vitamin D.

Vitamin D and D3 supplements may be especially significant considering both vitamin D deficiency and the many challenges in getting enough of this important nutrient. D or D3 supplementation can correct vitamin D deficiency; in fact, in one research study scientists suggested “Supplement use is an important contributor to achieve a minimal target of [vitamin D] concentration” in older populations.** If you prefer vitamin D foods, try other sources of vitamin D and D3 like cod liver oil, salmon, mackerel, tuna and fortified foods such as milk and cereal.

Vitamin D Directions for Use

Always consult with your health care provider before starting any supplement program. Due to the mounting evidence of the benefits of additional vitamin D in the diet (as well as reports of widespread vitamin D deficiency), the recommended daily allowance (RDA) was increased in 2010 to 600 international units (IU) for everyone aged 1-70 and 800 IU for adults older than 70.